On the eve of race day, I stated, "I feel like a fattened pig going to the slaughter house."  Obviously, I was being a bit hyperbolic, and gave a grime snapshot of my mental state at the time.  By race morning my mental state turned to, "LET'S GO CHAMP!!!"

There were a couple of omens that it was going to be an interesting day.  My weight was exactly 166.6.   When I received my race plate, it was 13.   I took these as signs of luck.  Perhaps signs that my inner demons would be released and exorcised in my pursuit during a hard day on the bike.   It certainly felt like I was residing where demons would live — in hell.  It rained on my drive to Nine Mile Forest and the forecast called for another hot day.  Forget feeling like a fattened pig.  In reality, I felt more like a pig in a sous vide.  Slowly cooking in the wet forest by humidity and heat.

The race started with a "Le Mans" start, aka you run to your bike.  I hate "Le Mans" starts.  It certainly wasn't a sprint to my bike, but I wasn't too far back when I reached my bike either.  Once on my bike, THEN it was a sprint to the singletrack.  I got in a good pack of strong racers and spent the first half of the lap picking them off.  During the second half of the first lap, a super strong racer passed me who was much smoother on the Midwestern trails.  He used to live in Golden, CO!  Yet another omen.  Long ago when I still lived in IL, I used to be smooth as butter on the tight & twisty Midwest singletrack.  However, even after spending some time riding the trails here these past few weeks, I am not as accustomed to the riding style.  Regardless, if I really concentrate I can still pick a pretty damn good line.  Riding behind this fast chap until the end of the first lap helped progress my skills I needed for the day.  Lap #1 took 1:03:28. Thus, in a six hour race format it meant I was looking at 6 laps.

Lap #2 I didn't back off, and kept the pace high.  It's hard to know where you stand in a race with 6-hour, 12-hour, 24-hour, teams, and duos formats all racing at the same time.  However, I felt like lap #1 went well so my spirits were high.  Also high was my heart rate.  It averaged just under zone 5 that lap.   As I crossed the line at 1:04:11, the announcer stated that I was sitting 2nd place.

I was pretty happy that I was sitting in 2nd entering lap #3, and still was feeling good.  However, I knew I couldn't keep up the same pace.  In addition, the temperature was rising and I had already ran out of water at the end of lap #2 before refilling at the end of that lap.  I was only able to fill up one bottle because I missed the official aid station.  Instead, I asked a nice fellow running aid for his team if I could get water.  I didn't want to take any more water away from his team racers, so I only asked him to fill one.  That water was the coldest water I would have the whole day, and I drank it within minutes.  Once again, I was out of water.  As a result, I could feel cramping coming on in my left leg and arm about halfway into lap #3.  Luckily, there was an aid station about 3/4 into the lap that would be my refill spot for every lap afterwards.  I chugged one bottle, then filled my two bottles back up.  From that point on I would drink two water bottles an hour.  Typically, I only drink one per hour.  This left me feeling bloated.  I started having GI issues from the excess water and heat.  I completed lap #3 in 1:08:03.

By lap #4, things were not going as smoothly.  At some point, someone had passed me as the announcer stated I was sitting 3rd.  I was feeling gassed, and pukey.   I wasn't taking in enough calories because of the nausea.  Thus, I needed to slow down the pass in hopes to feel good enough to eat.  Puking would mean instant dehydration, and not eating would mean bonking.  Both "game over" events.  Luckily, I was able to get to the point that I could sip on some Flow Formulas before feeling pukey again.  I feel very fortunate I had Flow Formulas in my bottle because it's so easy on the GI system.  Without it, there would have been zero chance of completing the race.  At the end of lap #4, I grabbed a banana from the aid station which helped as I entered Lap #5.  I completed lap #4 in 1:12:26.

Finally, the final lap — lap #6.  My GI system was feeling a little better, but my legs were rubber.  Regardless, I gave it my all.  I stumbled over technical sections, gritted my way up every hill, and did my best to concentrate on good lines.  I made it to the aid station 3/4 into the lap and knew I was almost there.  Suddenly, I felt a burst of energy.  From then on I was able to push the pace to the finish line.  Sprinting hills, and flowing through the singletrack.  I ended with a sprint to the line!

The announcer didn't state what place I finished. I feared that I lost my spot on the podium, but at that point I was just happy to be done.  I felt like complete garbage, so my first priority was to not puke in front of everyone.   It took a couple minutes being keeled over my bike, heavy breathing, before I could start walking towards the bike wash area.  I cleaned off my bike the best I could, then checked the results.  I was happily surprised I finished 3rd!  Complete race time was 6:59:43.  Mark that as one of the tightest days on a bike!  Although my body does not like racing in this Midwest humidity, I am very proud I was able to endure.  The podium spot was just icing on the cake.

Email ThisBlogThis!Share to TwitterShare to FacebookShare to Pinterest
Labels: Athlete 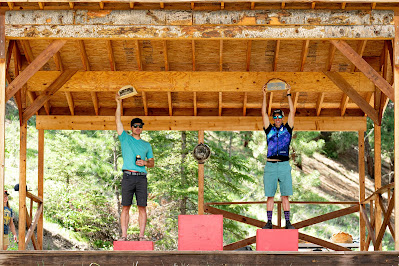 It was a solid day on the bike last Saturday at the Bailey Hundo.  Despite working non-stop on preparing our house to be gone for six weeks, I luckily still had some energy for the race.  After a neutral start, the pace of the front group of 15-20 racers got hot right at the first climb.  I pushed hard for the first 30 minutes to keep up with this group the best I could.  Alas, the front group pulled away from me as I pulled away from anyone behind me.  Only a couple more racers passed me once we hit the singletrack 13km in, and I was racing alone for the rest of the day.

The kitty litter that is the trail in this area was as loose as ever.  I'm not particularly good on kitty litter, but I progressed as the race went on.  After a hard start, I settled into my own pace to climb Baldy/Miller Gulch in the sweet spot between zone 3 and 4.  After the climb, I knew I couldn't let up on the descents since my descending has become degraded through the years of riding with a trailer on the road.  I stayed low, and was surprised how quickly I reached the dirt road at the bottom.

After a refill at the aid station, it was time for the big climb up Nice Kitty/Buffalo Burn.  I hit it hard and zoomed past the next aid station before Little Scraggy.  I didn't realize there was a longer distance than previous years to the next aid.

I continued up Little Scraggy pushing the climbs.  The trail got busy as I neared the top of the climb, and I passed a lot of riders out for a summer day ride.  Everyone was very nice about allowing me to pass, and there were lots of words of encouragement when they saw I was a racer.  By the time I reached the top of Little Scraggy, the group of riders thinned out.  I was out of water as I started the descent, and already dreaming of the next aid station.

My thirst for water kept my pace as quick as possible down the long descent to Buffalo Creek Rd.  Once at the road, I didn't let up on the gradual climb.  I kept my head down and chugged along to what I thought was the next aid.  My head was still down as I turned into the parking lot to the aid that had reliably been there several years in the past.  I was in a panic when the aid station was not there!  I turned around to see that an arrow pointed to continue up Buffalo Creek Rd.  It was another long 10 minutes climb before getting to the next aid after an hour of being out of water.  I drank a bottle of water at the aid, then refilled two bottles before heading out to the last climb.  Round 2 up Baldy/Miller Gulch.

At this point, the tail end of the 50km racers were on the same course as the front racers of 100km.  I was determined to empty my tank all the way to the finish line.  On the climb up Baldy, every couple of seconds I was shouting, "mind if I pass!?... okay, on your left..."  99% of racers were very friendly about letting me pass.  Only one racer made it difficult for me and I had to ram through a bush that cut open my left arm.  Nothing like a little 🩸 to add to the motivation!

My vision was getting fuzzy as I reached the top of Miller Gulch.  Regardless, I wasn't done yet.  I ripped the dirt road descents, and stood on the pedals on the remaining climbs.  I continued to pass A LOT of 50km racers along the way who encouraged me to keep pushing.  I hit the last small climb and really pushed the watts to the max all the way to the finish.  I saw the finish and sprinted to the line!  It wasn't until they handed me a paper printout with my results that I realized I had grabbed a 🥈 in 30-39!

I pushed the pace all day, rode my own race, and never got discouraged even after seeing the lead group pull away at the beginning.  The result was a spot on the podium.  Nevertheless, with or without the podium spot I was proud of my output for the day.  However, it does feel good to be rewarded for my effort. 😁 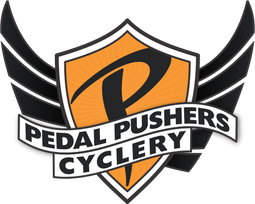